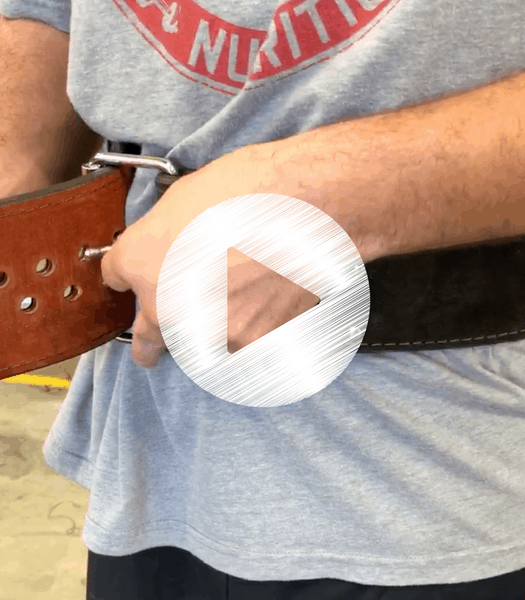 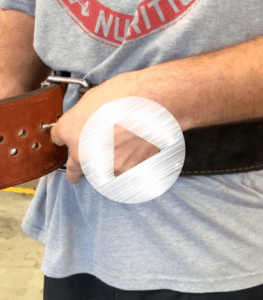 Have you ever had the problem where you can’t get your prong belt the right tightness? How about the problem of getting the belt off after a big lift?

Introducing the “Pioneer Cut“. It is a Patent Pending design that Steve Strohm designed and partnered exclusively with Pioneer to bring to market. We have taken the existing traditional prong buckle and made it better and more customizable in terms of sizing. Offsetting two lines of holes, this design allows for you to tighten the belt in 1/2″ increments instead of the normal 1” that most companies currently offer. Due to the smaller increments, the belt can be worn at the correct tightness keeping the lifter more safe, and allowing the belt to be unbuckled much easier.

The Pioneer 10mm Thick Double Suede Powerlifting Belt is 100% made in the USA. We use the finest sole leather bends and garment suede to create one of the best belts on the market. This is the last belt you will ever need and is covered by our LIFETIME GUARANTEE. This belt is fully customizable right down to the stitch color.  Embroider your name or favorite saying on the back to make you belt truly one of a kind. This belt features a sturdy nickel plated roller buckle or black buckle and heavy duty rivets.  This belt is considerably more pliable than the 13mm counterpart if comfort is part of your needs.

Let's make this belt yours!

Each of our belts are handmade in the USA and come with many options to make them as unique as you are! Please review each option carefully and make sure to answer all of the questions!

Start by selecting a size and some basic options and the form will guide you through the available customizations for your belt.

BELT CUSTOMIZATION NOTICE
Due to the different styles and belt options General Leathercraft reserves the right to alter any customizations to make sure the belt is functional. This includes our custom flag belts and all of our other belts. Additionally, thread used for stitching and custom embroidery are different and the colors may not match exactly. If you have questions about this policy please contact us before you purchase your belt.

LEAD TIMES NOTICE
All embroidered/laser burned weight lifting belts ship within 6-8 weeks and non-embroidered weight belts ship within 4-6 weeks. No returns will be accepted without prior written authorization from General Leathercraft.
Order questions please contact us.